I realize this is a /very/ late write up but I got some interest in it on Instagram and thought I’d share a more detailed process than what I could fit in one post.

So in January of 2018 I decided to find a way to catalog my paints. I have a spreadsheet that I am really bad at updating and I wanted to be able to see the colors at a glance.

Quick aside, I have an Android phone so I use an app called PaintRack. It allows me to do these things but I did not know about it at that time. It’s not currently available for iOS but they are working on it. It is free but you can purchase it for more features and I highly recommend that if you’ve got the money.

It essentially lets me do a spreadsheet in a much more user friendly way. I can pull up the colors and, if I have the color, mark how many and many other fun features.

Back to the journal.

I started by buying a sketch book. It looks like this: 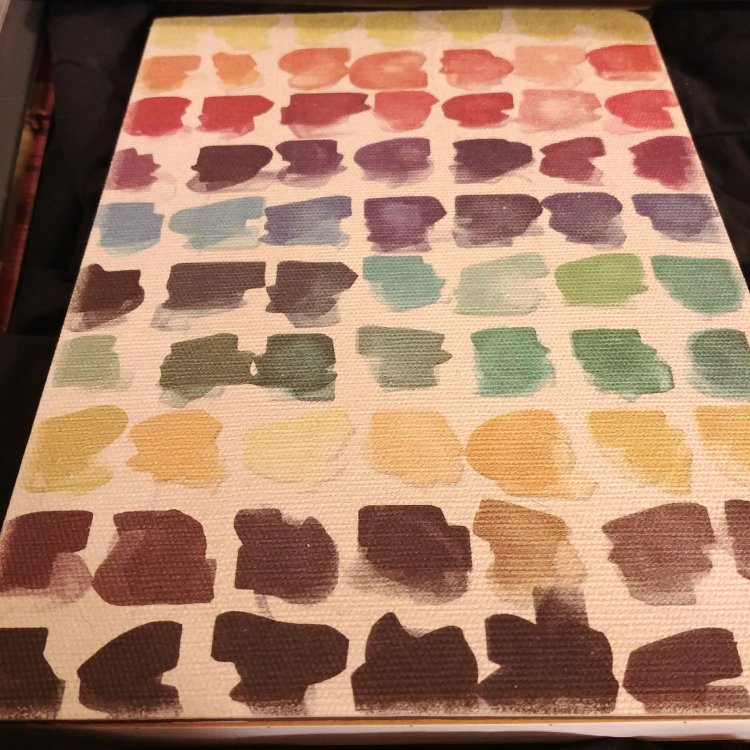 This is a very plain sketchbook. It does not have fancy paper, I believe it is similar to standard printer paper. This became an issue a little later down the line but it was workable.

Next I drew a grid on the paper and titled the columns:

The first column is 1.5″ x 1″ and the rest of the squares are roughly 1″ x 1″. The larger, left hand, column was to give me enough space to write down the color name and it’s SKU. This book only contains my Reaper MSP Core paints. The titles of the columns got moved around a little to accommodate things.

I decided that the grid was not defined enough so I went over them with a black permanent marker.

It was at this point I erased any extra lines where I did not either go over them properly or they were crooked.

Then I used Vallejo’s white brush on primer, since that is what I use primarily on things I plan to prime, in the squares that did not currently have writing in them. I don’t have a picture for this as white on white did not show up well on camera. I had already decided, mostly because I did not own them, that I was not going to use black or grey primers. So instead I used Reaper’s brown and blue liners. I shifted a few columns around and ended up with the picture below.

I then jumped in head first into putting paint to paper. 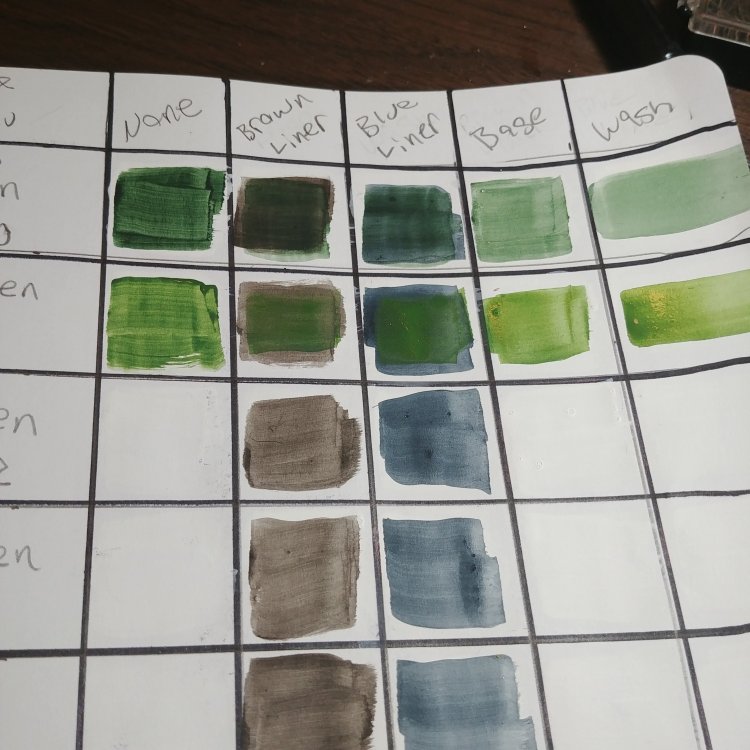 And that wasn’t the best idea. I decided that I needed something under the paints to show opacity.

I decided to do some testing with different types of pens and a black paint to see what I would use in the end. I tested over a #2 pencil, mechanical pencil, sharpie, a black pen, and black paint.

I was happy with the initial testing over the liner so I didn’t continue with that. I also wrote words in sharpie and #2 pencil to see if I liked the writing better than the lines or X’s.

This was the result of that test:

I ultimately decided I liked the writing more than the lines. This left me with the decision of #2 pencil vs. sharpie. 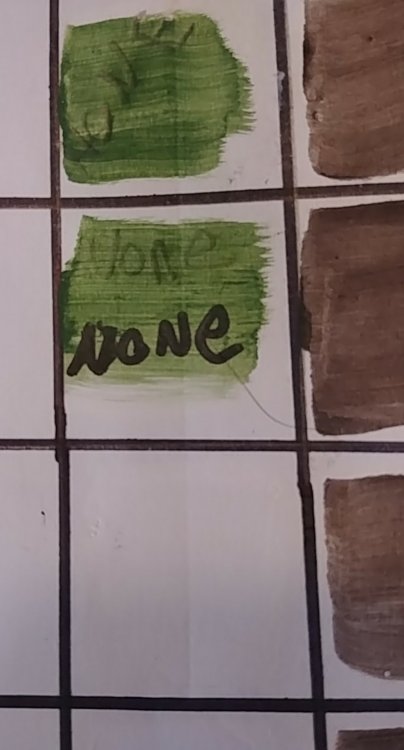 In the end the sharpie won out because under un-thinned paint it was hard to even tell there was pencil there too.

So after trial and error I decided on this set up:

At this point I should probably tell you what each column title entails.

I also wrote more or less what kind of color it is in the last two columns. This allows me to flip through quickly and scan the last columns while flipping through and pick or find a color with ease.

Finally, I put paint to paper. 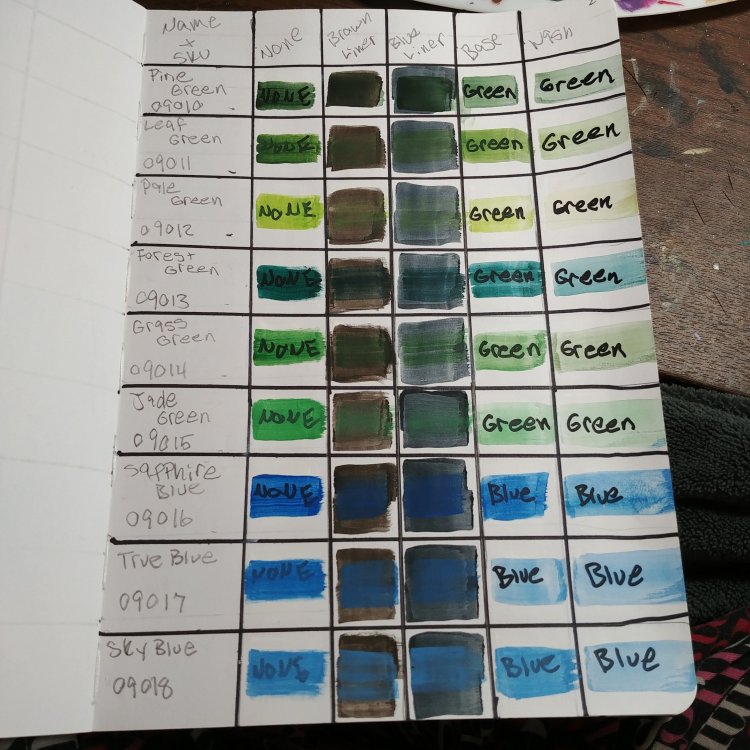 I did skip things like pre-made washes, inks, other liners, and additives.

That’s it! It was a long setup but I totally think it was worth the time. I hope someone finds some inspiration from this and does something of their own.